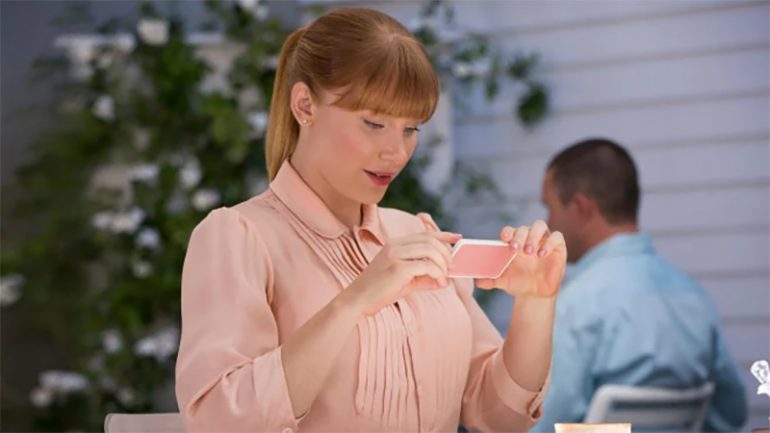 (above picture from the Black Mirror episode “Nosedive”)

Cultural historian Christopher Lasch stirred the culture with his diagnosis of American culture with 1979’s The Culture of Narcissism: American Life in an Age of Diminishing Expectations. The book won the 1980 National Book Award.  In it, Lasch diagnosed that the culture was drifting into what may be called the syndrome of the late 20th Century and theorized what the root causes may be.

First of all, what is narcissism? The diagnosis manual says: 1)an exaggerated sense of self-importance, 2) expecting to be recognized as superior without achievements to warrant it, 3)exaggerating your achievements and talents, 4) being preoccupied with fantasies about success, power, brilliance, beauty, 5) believing that you are superior and only be understood by other special people, 6) requiring constant admiration, having a sense of entitlement, expecting special favors, 7) taking advantage of others, 8) having an inability or unwillingness to recognize the needs and feelings of others, being envious of others and believing others envy you, 9) having an arrogant or haughty manner.

These are symptoms, but they do not suggest what the real essence of what narcissism is. Contrary to the popular idea that a narcissist has a “big ego,” a narcissist actually has a deficit of self.  It is a hollow, empty sense of selfhood.  And because this selfhood is empty, all these external behaviors listed above in the manual occur as a way to compensate for profound anxiety.  Narcissus gazes into the stream, but strains to see anything real reflected back.

As a therapist, I can say that everyone has some degree of narcissism, or a “narcissistic wound” to heal dealing with one’s sense of self-worth. Working through this wound can be considered a part of maturation and can be healed by genuine reflection.  But some folks are very much crippled by this condition, unable or unwilling to reflect, causing severe anxiety for themselves yes, but their anxiety is typically transferred to other people, whom they largely unknowingly use to help prop themselves up.

So back to Christopher Lasch, who proposed that there is a cultural trend toward harvesting and enabling narcissism in our historical era.  What evolved was a culture that offers no reflection, and a disconnection from any society or cultural tradition that may lend itself to key developmental needs for social engagement.  What rose instead were simulations of culture and society.  Lasch observed that citizens were becoming less and less engaged with civic responsibilities, less and less invested in family, society, or social movements, and instead retreated into themselves.  He noted that after the civic engagement of the 1960s, many felt defeated by counterrevolutionary forces which stubbornly persisted with the quagmire in Vietnam.  The New Left was lost, defeated in the elections of 1968 and 1972, and depleted in spirit.

What followed is regarded as a kind of joke.  What were perhaps actual revolutionary forces were appropriated, banalized, and then turned into a spectacle for television.  The Doors became “muzak” at department stores.  Coke taught the world to sing in perfect harmony.  Jane Fonda gave up socialism in favor of workout videos and married a television magnate.  These phenomena gave permission to retreat from the world of civic engagement and to change our definition of freedom.  If change cannot be engaged in the world, we can assert control privately.  We can get a credit card, get the clothes we want, get the car we want, take on whatever persona we wish according to whatever genre we prefer.

In short, the market promised a new “me,” and the 1970s became the Me-decade.  For some it offered a renewed vigor.  But this new “me” proposed a strange version of personal freedom, somehow conditional on spectacle, obsessed with appearance, and represented the kind of crippled selfhood that can be described as narcissistic.  Across the Atlantic, French theorist Guy Debord wrote in The Society of the Spectacle that society was witnessing “the decline of being into having, and having into merely appearing.”   A lonely, appearance-obsessed, acquisition-obsessed world of individual actors caught up in a kind of dog-eat-dog corporate world of social Darwinism.

An amazing thing happened in 1979 when Jimmy Carter took to television and urged the country to “look within” in his “crisis of confidence” speech, which Lasch helped prepare him for. It was an awkward moniker for the speech.  What he really should have called it is a crisis of narcissism.  “We have become too materialistic,” Carter said.  In hindsight, it was our last warning.  Carter was widely lampooned for this speech, called “tone deaf” to the desires of Americans.  Perhaps it was too late, or, more likely, perhaps the course of history was just inevitable.  He was routed in his bid for re-election in 1980 by Ronald Reagan.  Reagan put his faith in unfettered market where tax cuts, deregulation of banking and new lines of credit allowed for a period of economic growth which realigned the economy.

If the 70s were the Me-decade, the 1980s seems to have been the start of putting this trajectory in hyperdrive.  Margaret Thatcher would later say “there is no such thing as society,” just individuals.  The term “lifestyle” was coined 1980s Los Angeles.  The rest is just the logic of late capitalism, where the market has been given the omnipotent and omnipresent power to guide the course of history.  What is left of civic engagement seems like a very antiquated notion.  Those folks are still singing the same protest songs from fifty years ago.

Do Lasch’s observation still hold up?  Um … is there any question?   Yes, and to a worrisome degree.  By the year 2016, the term “selfie” is common parlance.  We are in a cultural bath of vulgar materialism, inundated with commercials that are customized for us.  The trend is largely disengagement with the world except through seeking the private sybaritic satisfactions of plugging into whatever ap, activity, or product that feels good.  People are online posting pictures of themselves asking total strangers to troll them.  People look up to and lionize other, more famous narcissists, who in turn are better at shopping, better at taking selfies, and better at trolling.  We celebrate narcissists openly and they have a way of being elevated in this kind of society.  We fetishize them, make them stars, make them rich, vote for them, make them into people whom we can both relate to and envy.  It’s almost too obvious to point out the narcissistic drift the culture has taken, and what the world has been built to support his shallow, narrow, immature, crippled version of selfhood that is held up by consumerism and its concomitant cult of celebrity.  It’s not the only postmodern trajectory, or the only version of selfhood, but it is a prevailing trend.  But what else is indicated is that the self is not a stable, deep rooted thing, but rather, as Baudrillard calls it, “a fractal self,” a self that is splintered, pointing in all directions, malleable, subject to social construction – even in the most pernicious way.

My lingering questions are how to endure this madness?  What other ways are there to have what I call a robust selfhood?  Because the self is malleable and not some fixed thing, this suggests that we are not condemned to the shallow, nonreflective world of vulgar narcissism.  There have to be other routes, another way to preserve our fragile dignity …