In the latest John Wick movie, John Wick: Chapter Two, Keanu Reeves is back at killing a shit ton of bad guys. The movie, picking up pretty much where the 2014’s surprise action hit left off, finds the fearsome hit man drawn into another conflict where he’s obliged to assassinate a crime boss’s rival sister, then has to defend himself other elite assassins from a bounty when the tables are turned.  But fans know the plot is really just a delivery system to serve up a number of ultraviolent set pieces where Wick dispatches dozens of hit men, assassins and teams of nameless murderous baddies.  It’s a feast for action movie aficionados!

What is interesting about this Wick movie, though, is its treatment of violence, how its places value in the violent act in the hands of the gentleman assassin, and how this supreme expectation of expertise mirrors American cultural fantasies of violent justice meted out in swift, clean fashion.  Wick shows us a version of the violent act that is best described as the killer elite – well heeled expert mercenaries with access to gourmet weapons and an aristocratic command over the martial arts.  Fictional predecessors in this line of gentlemen gunslingers include Shane, The Virginian, Lee (the Robert Vaughn character in The Magnificent Seven), The Man From U.N.C.L.E., James “Wild, Wild” West, The Kingsman, and James Bond. 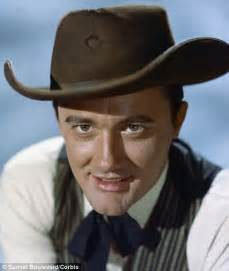 In the case of John Wick: Chapter Two, true to the action genre, violence is treated the nonchalance of daily habit.  One of the most interesting and strangest parts of these movies is how this group of assassins congregate at their own posh five star hotel, The Continental, which is a kind of neutral zone presided over by a foppish dandy played by the great Ian McShane.  The assassins buy, sell and exchange goods – kind of like a shop from a video game where players can buy weapons or first aid kits, or craft items.  The Continental is the hub of the killer elite, hearkening to a tradition of cultured and technologically sophisticated aristocracy of violence.  These killers belong to a fraternity, a secret class of samurai in service to the billionaire class, fixers for the fiendishly criminal one percent, the sort of fellas who cackle maniacally over stacks of cash beset with chrome-detailed pistols and cigarette holders.  True, there are killers among non-members, but only members are truly skilled at killing.  It’s sort of like those old jokes about Chuck Norris about how uncannily badass he is – “What does the boogeyman do before he goes to bed?  He checks under the bed to be sure Chuck Norris isn’t there.”  The running joke is that John Wick is the man even the boogeyman is afraid of, the best of the best.

Violence here though, while it is extreme, seems to lack real danger or surprise. We expect the violent set pieces, and expect Wick to dispatch his enemies easily, which of course he does.  It’s ironic that the Spanish language title for John Wick is Sin Control (without control), because being in control is Wick’s best feature.  It’s sort of like watching someone else play a video game on the easiest setting, with CGI blood spurting out of the baddie bodies.

As Sheriff Earl McGraw (the late great Michael Parks) from Kill Bill muses, “A sure and steady hand did this.  This ain’t no squirrely amateur.  This is the work of a salty dog.  You can tell by the cleanliness of the carnage.”  It’s impressed upon me how in John Wick no one ever dies that wasn’t meant to.  It’s a bit like in video game shooters where your character’s gun goes inactive when pointed at an ally.  No one is killed by accident.  The killer elite don’t make accidents, they make executions.  They go by nicknames like Wolf, Cleaner and Plumber, a subclass of violent dandies, a couple of whom are played by Harvey Keitel, who tidy up the mess.  Wick, ever the efficient reaper, wastes no bullets and harms no one he doesn’t mean to – even if it’s in a packed nightclub, bullets pelting the air in techno step, slugs finding their destined targets.

This theater of tidy violence is also unbothered by traditional law, which uniformly turns its collective blind eye.  “You’re back at work, John?” is the only inquiry the cops ever make – the killer elite exist in a different realm untouched by traditional legal jurisdiction, or the press or public knowledge.  As Sid Hudgens, Danny Devito’s gossip columnist of LA Confidential would say, “It’s all very hush-hush.” 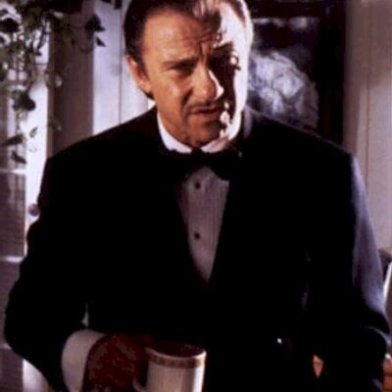 Harvey Keitel in Pulp Fiction as The Wolf 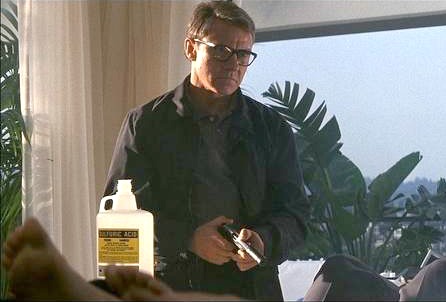 Harvey Keitel in Point of No Return

This reflects a kind of banal ideology of the clean kill in the culture at large.  Our collective imagination, perhaps numbed to so many impressions from superhero movies or actioners like John Wick that we imagine violence, in the hands of a killer elite, occurs with a kind of classy assassin’s precision, punishing the wicked and sparing the innocent. It’s a compelling fantasy of violence, a belief in its clean powers of arbitration like Seal Team Six lurking around in the dark with night vision goggles killing the unnamed baddies abroad.  A bit of that spirit is in NRA chief Wayne LaPierre’s hackneyed cant “the only thing that can stop a bad guy with a gun in a good guy with a gun.”  If only we could all be so supremely skilled or judicious.

The ethos of the killer elite has a lot in common with the ethos of American war – planned, controlled, optimistic, with the aim of no loss yet total domination.  The elite skill of American force picks out evil like winnowing grain from a chaff.   In True Lies, when Jamie Lee Curtis discovers that Harry (Arnold Schwarzenegger) is a super spy, she’s beside herself – “You kill people!?”  “Yeah,” confirms Mr. Universe, but softens the idea for her adding, “but they were all bad.”

In Pentagon language, the grotesqueries are obviated, decisions of violence taking on an official bureaucratic banalities steeped in Orwellian doublespeak.  Likewise, the construction of the myth/ideology of the clean and righteous precision kill continues in the Pentagon’s construction of the narrative of war. We all have lots of memories of Donald Rumsfeld pedantically bloviating from a podium assuring the press that the guided missiles were truly surgical in their precision, that only the bad guys were killed. His palpable enthusiasm for Tomahawk missiles seems to be shared by news anchors marveling over the state of the art technology to bring the shock and awe of war without the mess.  Bounty is the quicker, thicker picker upper.  Dyson vacuums don’t loose suction.  John Wick never misses a target.  And America can do violence at the cleanest, most elite level.  As if our bombs were scalpels cutting out just the cancerous cells of a nation – not civilians or children – whose caskets were off camera.

Reports of errant raids, bombs, and violence in general are routinely swept under the rug by the Pentagon to manage perception of the precision of our killer elite.  The messy truth of war for at least the last half century always tends to come out in leaks that the elite’s plumbers (literally the name of Richard Nixon’s White House fixers) could not plug.  So we have the leaks of the Pentagon Papers which exposed the government’s systematic lying about Vietnam, the leaks of the Abu Gharib pictures, the Wikileaks of Apache helicopters wiping out Reuters journalists, the Snowden leaks about the NSA’s dragnet surveillance, and the leaks about the “friendly fire” that killed former football hero Pat Tillman.  Yet we persist in a convenient fable of victory culture – the drone strikes kill only precisely who it means to.  No errant bombs here, everything is under control – just gotta to call in the Wolf to dispose of the these snitches’ bodies.

(Fun fact –  US drone strikes have killed 4,000 civilians so far this year.  The military publicly confirms only 20 percent of their missions.

Another fun fact – gun owners are more than 80 percent more likely to harm themselves with their gun than someone else.

Yet another fun fact – gun owners are 4.5 times more likely to get shot than non-owners.

John Wick: Chapter Two ends with Wick once again on the run.  Phones are blowing up all around, putting out an all points bulletin, a bounty on Wick.   And in the Wick world there are a surprising number of assassins hiding their deadly skills in plain sight – the busboy at the local coffee shop, the bum on the park bench, the tailor – but they are all in disguise, any one of them could secretly be a Baba Yaga getting a remote order to knock off someone on the billionaire’s kill list!  Everyone, if they have the Continental app installed on their iPhone, can become a freelance elite killer, implicating everyone in the ethos of the killer elite’s clean carnage.